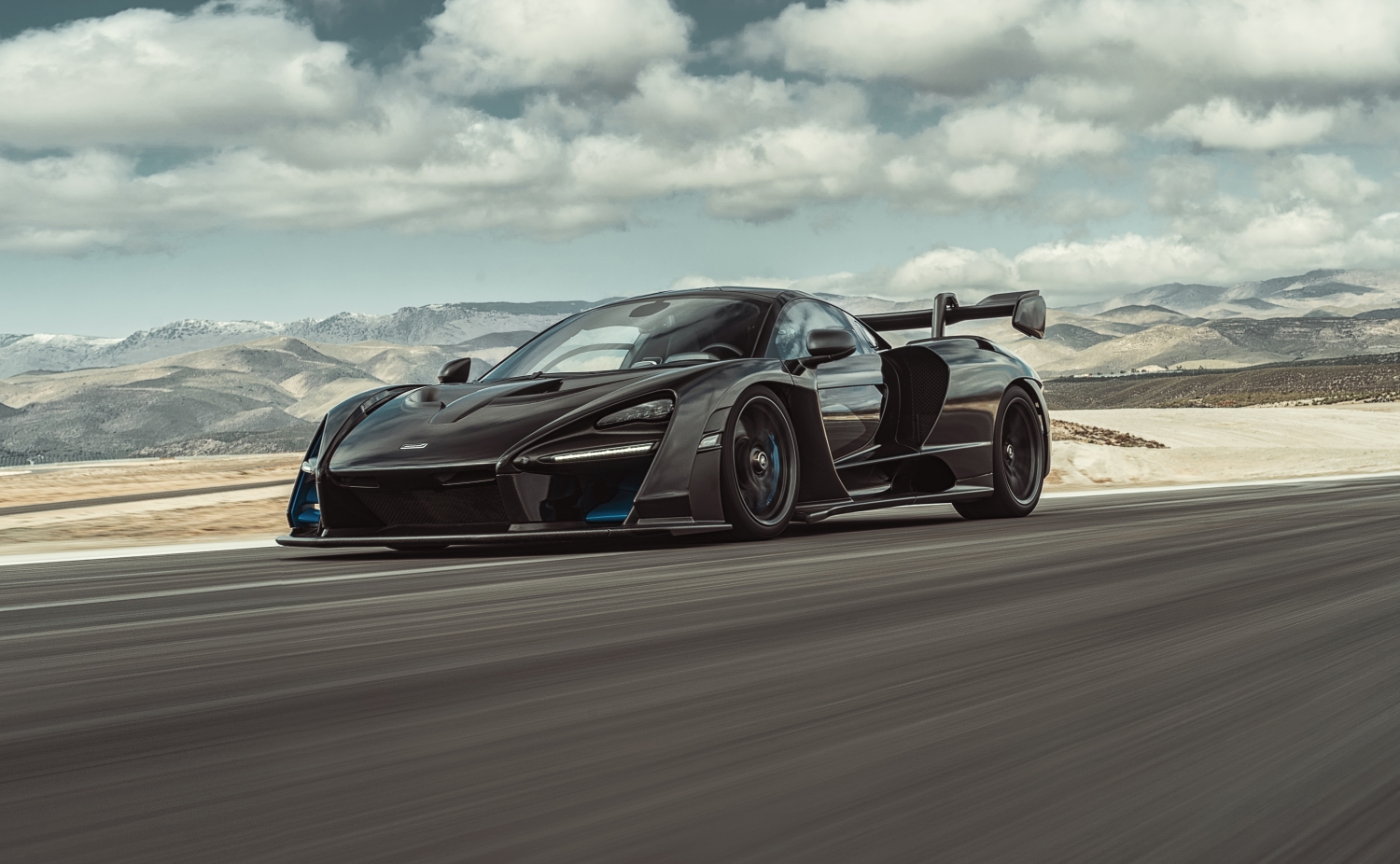 With the much anticipated Senna, McLaren Automotive is personifying its DNA to an extreme. It aims to create a seamless connection between the driver and the machine. Racing auto manufacturer McLaren boasts that the Senna is the most track-ready vehicle ever produced by the brand and will achieve faster lap times than any other McLaren car to date. The Senna is legal for road use, but not built just for it.

A powerful road engine combined with its light weight allow this vehicle a surprising amount of power. Its aerodynamics have marked unprecedented downforce levels. McLaren’s philosophy of “form follows function” is not lost in the greatness of the Senna. It reaches top speeds of 155mph or 250km/hr and provides its drivers with confidence when they are behind the wheel.

Before anything else, the McLaren Senna was born to perform on the racetrack. Drivers will appreciate the innovative aerodynamics system and unique glazed doors giving them unprecedented visibility. McLaren says they have worked tirelessly on their engineering for this race-track bound car by re-evaluating every component, no matter how small or insignificant it seems. Their goal was to maximize the Senna’s performance. Carbon fiber was used for the monocoque, the body, and anywhere else that demands a lighter material. In fact, it is the lightest road vehicle ever to be on the McLaren line-up.

Sweetening the deal is 800PS and 800Nm from a 4.0-litre twin-turbocharged V8, making this the McLaren engine with the most powerful internal combustion engine ever. It can go from 0-124mph in a mere 6.8 seconds. Not only does it accelerate fast but it also has the reliability of next-generation carbon ceramic brakes with racing technologies. Its overall performance has been described as savage.

Unveiled at the 2018 Geneva International Motor Show, the McLaren Senna GTR is very similar to the Senna, however, it is equipped with more power and torque which limits it to the race track.

This McLaren masterpiece was uniquely inspired by one of its best racing drivers. Ayrton Senna came to McLaren in 1988 with notable racing skills yet still had a lot of growing to do with the team. He was 28 and beginning his 5th season with Formula 1 and already has 8 wins in a single season. He had an impressive 6 wins already and used that momentum to earn 3 World Drivers’ Championships. His record also includes 41 race wins and 65 pole positions.

After joining a rival team in 1994, Senna tragically died in an accident at the San Marino Grand Prix in Italy. He was only three races into the championship. Senna is remembered for his uncompromising commitment to his talent in the racing world as well as his unmatched ability for an intuitive connection with each of the cars he used to race. McLaren has used Senna's legacy as the cornerstone for their Senna.