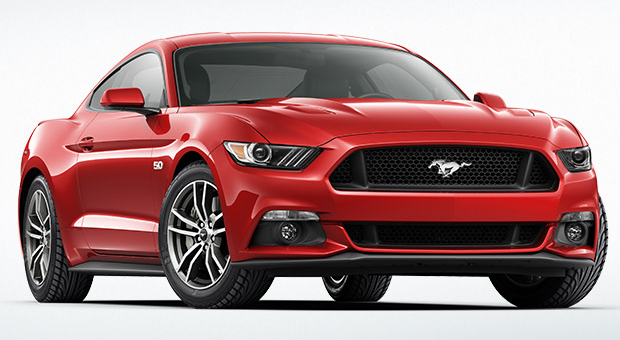 The Ford Mustang has always had a large fan base in the US. In September of 2015, AutoBlog rated the Mustang as the world’s best-selling sports cars. This is not surprising since the Mustang has been around for over two decades. Ford has pushed to make the sports car perform on the same level as the top sports cars available around the world. Recently, Ford started offering the Mustang in Germany and it instantly became the Germans’ favorite sports car. Customers currently face a 7 month wait time for the EcoBoost model and 9 months wait time for the GT. Buyers in Australia face up to 10 months of wait time to obtain their new Mustang GT. Ford says that there are roughly 2,000 pre-orders for the Mustang in the UK and almost 3,000 in Australia. The car is also being offered in Japan, South Africa and other right-hand drive countries. d The Mustang GT beat the locally-built Porsche in Germany and for good reason. Since Germans have access to the Autobahn where a driver can drive at almost any speed, a strong car such as the Mustang is a must for those that want to speed without spending $90,000 for a Porsche. The Ford Mustang GT starts off at around $50,000 which is more than the US model which only costs $32,000. Even with the higher price tag, it has become an instant hit overseas since it can keep up with the Porsche sports cars at roughly half the price. So far, Ford has sold about 27,000 Mustangs overseas since they started production a year ago. It has become the top-selling sports car in Saudi Arabia, the United Arab Emirates, Germany as well as South Africa. Roughly one-third of the Mustangs sold are convertibles and the majority of the buyers choose the V8 option over the Ecoboost since gas prices are not as high as in the US. The Mustang is not only performing well overseas but also within the US. In 2014 the Mustang held 37% market share for all mid-sized sports cars. This year it moved up to 46% and it beat Camaro sales for the first time since 2009. Ford plans to introduce the Mustang to more than a hundred countries outside of North America. 2014 marked the 50th anniversary of the iconic Mustang. Ford believes that the Mustang will remain the top-selling sports car in the world due to the success they have had this year.