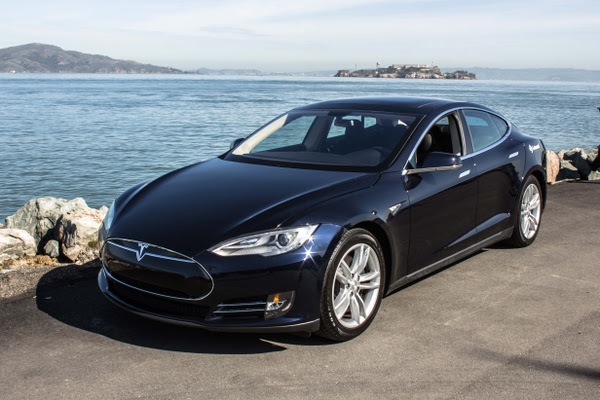 The Tesla Model S has been a topic of great discussion since even before it was built. Elon Musk started making fantastic promises after making their roadster. The roadster did not break any sales records, but it did make enough to bankroll some of its younger brother’s R&D costs. The Tesla Model S was thought to be an insane lark before release, but after ludicrous sales proved it was no fluke, it is considered revolutionary. Musk promised to make periodic improvements to the car, and not in a you-should-buy-our-new-model way but in a rather noble, you-should-pay-us-the-price-of-an-upgrade type of way. That was years ago, and true to their word, they have delivered over-the-air updates to software; like Android and Apple do to their software. However, like their cross-market competitors, they had left the task of hardware updates squarely in the hands of their new product sales team. That has officially changed, today Musk announced that he would introducing two new additions to the Model S family. First, the baseline model will be a rear-wheel-drive 70D. The car will be decently equipped for 70,000 and with purchase incentives be about 60,000. The new top-tier-Tesla will be powered by a 90 kWh electric motor that has been further optimized by replacing the steel in the main contractor pack with inconel. Musk said the superalloy was space-grade, so I suppose he borrowed that tech from SpaceX; apparently rocketmakers make the best automakers. Digression aside; the result for the Tesla Model S is a max output of 1500 amps, which in-turn yields a 2.8 second zero to 60 time in the now ‘ludicrous mode’ (which is actually still ‘insane mode’ until 30 mph). This means that the Model S went from the fastest American sedan ever (at 3.2 seconds), to the outright fastest sedan ever. For perspective, the new P90D goes from zero to 60 as fast as a poisoned $4.5 million Lamborghini (Veneno means venom). And instead of having to buy a new model to do it, Tesla offers to upgrade the Model S you already own for 10,000. If 10,000 for 0.4 seconds sounds really expensive, consider how expensive it would be if done by a different auto maker. Let’s take the Ferrari Enzo for an extreme example, it had a 0-60 of about 3.2 when it came out and was worth $670,000, when the FXX came out 3 years later, the jump to 2.8 seconds would have cost you 1.2 million, assuming you sold the original Enzo for about 600,000. To be fair that was a little over 70% increase in horsepower. The Model S did that in a 10% increase in bhp (691 to 762) a 5% increase in price (if you paid the average 100,000 for the Tesla). New buyers will have to pay 10,000, but given that is still 10% for 10%, it sounds about fair More relevant than the chest-beating new 0-60 time is the increase in range. The biggest problem with electric cars across the board is range anxiety, people picture themselves stranded with an empty battery and no place to charge it. Tesla’s Model S’s jump in range is not ludicrous, but now drivers will be 15 miles closer to not ever running dry. Musk said he would offer upgrades to current owners, but does not suggest it unless already reaching the limit of range.