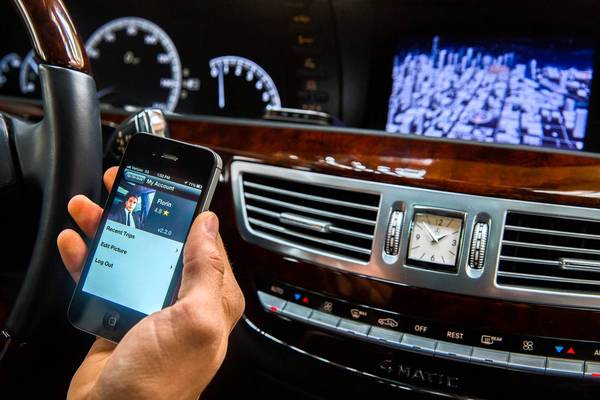 A few short years ago, in the days before Uber, Taxis were the only source of private public transportation. All the other options were that of mass transportation, i.e. planes, trains, and automo-... buses. Taxis, actually fell under luxury transportation, like limos and rickshaws. Uber has introduced a whole new medium of transport, one in which both the rider and the rider feel an escalation in status from the Taxi experience. Taxi drivers are by no means self employed. The taxi driver works in a much more corporate environment. The typical taxi transporter drives a car they rent from the overarching company that owns the taxi medallion brandishing their craft. It is true, some taxi drivers do own their cab and the medallion denoting it, but they are the glaring minority. Not long ago, taxi medallions were a sound investment because their value was only rising until reaching a point where each medallion was worth $350,000 and a million dollars in Chicago and New York respectively. But because of the escalation of Uber's prominence the taxi medallion, and indeed, the market in which it flourished has been on a steady decline. Today, a taxi medallion now goes for about 25 percent less. Some of the most prominent taxi companies are staving off bankruptcy. In New York, one borough has what is considered a taxi graveyard. Hundreds of taxis that once made their rounds all over the city sit stagnant in a residential district. The problem stifles the neighbor so, that not even the people that live in the neighborhood can find parking, much less the guests that once visited them. On the contrary, Uber drivers are basically contractors. Each owns their own business in simply owning and driving a vehicle. Plus, the process for an Uber driver to get started is far less taxing. Fill out an online questionnaire, pass a laughably un-thorough background check, make a profile on an app, then start getting paid. As a retort, taxi companies are creating their very own app in an attempt to address their problems, while also taking the fight back to Uber. They claim that the app is more intuitive and seamless than Uber's, missing the underlying point that outside of surge pricing, taxis are normally more expensive than their yellow counterparts. In that vein, taxi apps to have the benefit of consumers in that they do not have surge pricing. Enjoying the rapid expansion and surge in profits, Uber is finding ways to advance beyond their current echelon. They have an entire research facility dedicated to mastering autonomous driving technology, because Travis Kalanick cannot wait to cut drivers out of the equation. But before he can even think of relying that much on his software, he needs to know that he will be protected. That is why he has just hired the two hackers responsible for the societal awareness of automobile hacking. If taxis are to remain relevant, they will need to escalate beyond apps, because Uber in the lead and not slowing down. While, SideCar is not too far behind, focusing on a more lateral growth pattern, incorporating deliveries and mastering on-demand ride-sharing. Not to mention, many of the ridesharing companies are now allowed to pick guests up from Airports.