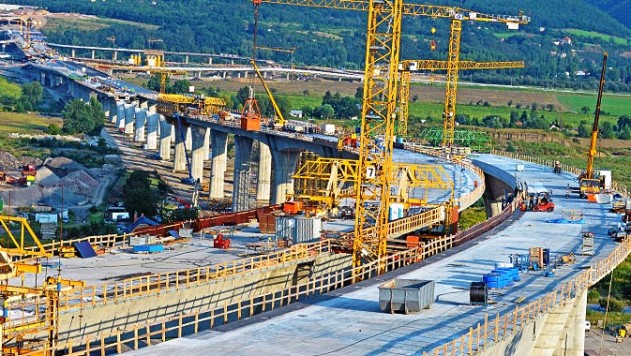 Earlier last year, President Barack Obama, proposed a $478 Million injection into America’s aging infrastructure, The Fixing America’s Surface Infrastructure Act (FAST). The 2015 FAST Act was passed by the United States Congress with overwhelming support from both sides of the fence. It was enacted by a 359-65 and 83-16 votes in the House of Representatives and Senate respectively, but only after the United States Congress added a few potent provisos, and reduced the total investment by $173 million. It is worth noting that among only three Democrats did not support the FAST Act’s passing. Two of them, are the two senators, most vocally against the rich rigged economy and crony capitalism. Both Bernie Sanders and Elizabeth Warren opposed the bill. Warren actively tried to prevent the bill’s passing by voting it down, while Bernie Sanders simply abstained from the vote. Some might assume that Vermont’s independent Senator missed the vote because he was busy on the campaign trail, however that is forgetting the fact that Sanders is known for attendance in congress, his biggest mistake on the campaign trail was his aversion to United States Congress truancy. Speaking of Sanders, he is proposing to inject a trillion dollars into our infrastructure via a program he is championing. So why then, would both he and Warren oppose an apparently uncontroversial bill that is dedicated to improving the US infrastructure? There is more to a bill than its name, just because surface transportation is in the title does not mean that it is the bill’s most consequential focus. The United States Congress has a habit of hiding unpopular amendments into bi-partisan, guaranteed to pass bills (like the FAST Act). Thus, a significant portion of the FAST Act was “vehicle” devoted to; as Elizabeth Warren worded it, “roll[ing] back rules that protect consumers and our financial system.” Another of the contentious additions to the FAST Act, was the extension of the Export Import Bank (Ex-Im Bank). One could argue that the United States Congress extending funding of the Ex-Im Bank, was important because it keeps jobs in the US and creates billions in profit for the government. However, that is too convenient and short sighted to be considered a valid argument. Many in the United States Congress criticize the Ex-Im bank for being institutionalized crony capitalism, because it is a vessel for huge corporations like General Electric (GE) and Boeing that do not need welfare to be subsidized. Obviously, that has nothing to do with our surface transportation, so why would it be added to a bill intended to improve our infrastructure? Because of priorities, there are thing that the United States Congress values more than roads, bridges and public transportation, like appeasing their various corporate donors. It is for that reason that the Highway Trust Fund sparsely escaped bankruptcy almost exactly one year ago. If it were not for the FAST Act, the Highway Trust Fund would already be bankrupt and our infrastructure would drop below 16th on the global scale. Unfortunately, the United States Congress also prefers keeping their less than 20 percent approval rating to doing what is necessary. They will not increase the 18.4 cent gas tax, imposed by Bill Clinton  in 1993, because it is unpopular. As it stands, the Gas Tax has gone down 39 percent due to inflation. At least it was not removed entirely. Ironically, raising the tax is not only ideal in that it would make sure the Highway Trust Fund does not go bankrupt, but it would also eventually increase their approval, because it would create millions of jobs (like it did during the New Deal and under Eisenhower), thereby improving via various avenues. Thankfully, the United States Congress could care less about our infrastructure, but they should care more.