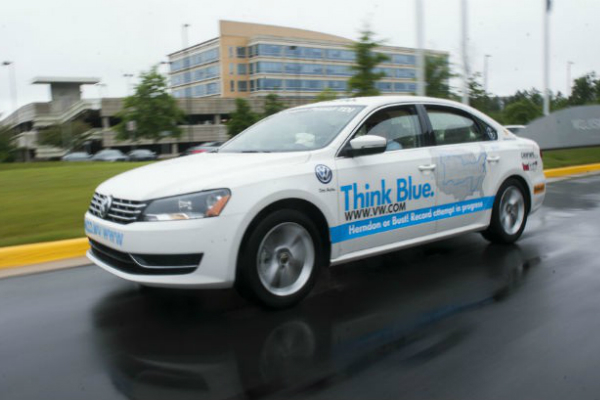 I do not purport to condone the recall of Volkswagen Passenger Cars; what the company did was wrong; and they justly deserve a swift and severe punishment. However, the media’s response to ‘dieselgate’ is an excessive overreaction. First of all, we cannot go around adding the -gate suffix haphazardly to every transgression and gaucherie. Bob Bernstein and Carl Woodward worked for over a year trying to piece together the Watergate controversy. They risked everything for it: jobs, reputation and even their lives. There should be perspective on this controversy, diesel Volkswagen Passenger Cars having devices designed to cheat emissions tests did not and will not ever result in (arguably) the most powerful person in the world resigning. I get that -gate is a buzzword and the media use it for clicks and views, but most of the time it is a mockery of the fourth estate. Adding that suffix to a story should be the highest literary honor a story can receive (with the begrudging exception of a Pulitzer). In the grand scheme of global, national, or even regional reality: who is tangibly affected by Deflategate, Monicagate, and Bendgate? Michael Jordan used to rip into people’s personal lives, pull jerseys, and sharpen his nails. Is it really surprising that people will do whatever it takes to win until the manifestation of their misdeeds stops them? Just fine Tom Brady and everyone else directly involved back into the stone age. They have one of the best occupations in the world, almost anyone would gladly supplant him for minimum wage… err… a livable wage. Bill Clinton was the most powerful man on earth at the time with a litany of other desirable traits and talents, and under unimaginable stress. He made a mistake and cheated (and not on you (unless Hilary is reading this)). Despite him actually being impeached (Nixon was not), his solecism was remarkably melodramatic. Bendgate: do I really have to even say it? Woe is me, I spent too much for a product that is essentially the same as all the others with the added benefit of a fancy brand on it (auspiciously ignoring the conditions it was made under). It is even still functional, if not literally even. Buy Google, at least they feign interest in the underprivileged. To relate Watergate to Volkswagen Passenger Cars’ deliberate diesel deception (dieselgate) is to lack perspective on the two events. When one adds the -gate, it is subliminally (if not deliberately) inviting the comparison. While content is incomparable, the magnitudes are fair game. One is an investigative journalism reinvigorating hurricane and the others are just a gust of sensationalism. However, where Watergate analogy is an obvious exploitation of a forced correlation, there are far more apt analogies that can be introduced. Just in the past few years there have been plenty of parablelic portraits; perspectively paralleling considerably closer to the Volkswagen Passenger Cars emission scandal. Just last year, three automotive recalls were objectively, overly, and overtly obscene by comparison. Not to mention, countless underreported environmental disasters that should cause panic. Yet dieselgate is the story that sticks, why?