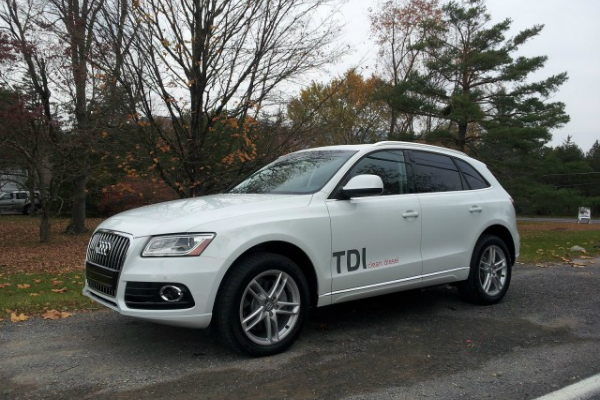 Diesel Cars have never been able to take a proportional share of the Automotive market (in the US anyway). 2 Litre TDI Volkswagen Passenger Cars did the impossible for quite a while; until it came to light that they were cheating on emissions tests; likely killing diesel’s future as a fuel. A year before Charles and Frank made their first car, Rudolf Diesel patented the design for a diesel powered combustion engine. He believed that this would revolutionize the industry, because diesel fuel harbored a higher concentration of energy per gallon (132×106 vs 155×106 joules, gasoline and diesel respectively; in terms of energy density). The problem is that the exhaust is typically dirtier due to the much oilier nature of the fuel. Diesel however, has a potential to be just as clean as gasoline is, but the trade off is the added efficiency; Volkswagen Passenger cars cheated and lied about the former to pad the latter, effectively killing the fuel’s future. VW AG was installing a Robert Bosch made defeat device, despite Bosch not condoning the way it was used. The software within had an advanced algorithm that would figure out when the TDI engine was being tested (is the car on a dyno i.e. not moving etc.). During testing times, the engine would optimize for clean emissions, at all other times 2 Litre TDI Volkswagen Passenger Cars were maximizing mileage to the detriment of the environment. Traditionally diesel cars are heavier and costlier than their petrol powered counterparts. Not to mention, the artificially extra cost of buying diesel in the US. The latter being due to the surplus of subsidies awarded to gasoline compared to diesel. A diesel car is more expensive for two reasons. One: diesel engines are moderately more complicated. In a gas powered combustion engine, either a carburetor or a simple fuel injector mixes air with fuel before a spark plug sparks it. A diesel has added arduousness. The direct fuel injector is the most complex mechanical component in the car, it has to ensure the diesel enters as a fine mist, otherwise compression will not be enough to ignite the fuel. If compression does not work, neither does the car. For that reason, many automakers have their own special recipe for a diesel engine; ranging from glow plugs and pre-ignition chambers, to special induction valves and swirl injections. The direct injector does not even have a set location, its situation fluctuates. The second reason diesels are more expensive, is also why the cars are heftier. Diesel exhaust has more toxicity than gasoline, especially in the form of nitrogen oxides. Car companies commonly use a urea injection to combat this. Urea neutralizes the damaging effects of NOx emissions, but Volkswagen Passenger Cars did not have a urea tank or injector. Even scientists and researchers thought that TDI engines were remarkable, but it turns out they just skirted the rules. Diesel had a lot of promise. Even Henry Ford had never intended for his Model T to run on gasoline. He and Rudolf Diesel believed biodiesel harvested from hemp oil would be the fuel of the future. However, due to the fact that gasoline engines were easier to make, and racist drug policy (Hearst and DuPont may or may not have helped (they probably did)) made hemp illegal (I tried to find the most fact-based source (only read part 2 (or don’t I am not your boss))) so that biodiesel dream died. The dream had a resurgence during the gas crisis. In the 1970s, it was cheaper to refine diesel than it was gasoline, so many manufactures capitalized, namely Mercedes-Benz. Unfortunately, their cars quickly garnered a reputation for being slow and sooty. GM then killed the diesel dream again when they haphazardly converted a gas engine to diesel… with disastrous effects. Namely, seized sub-100,000 mile Oldsmobile engines. In 2009, Volkswagen Passenger Cars ‘reinvented’ the diesel Engine with their TDI models. VW AG creates a diesel that had clean emissions and best in class fuel efficiency. Which to their credit was entirely true… just not simultaneously. After enjoying six years of ill gotten gains, their comeuppance has come. The public is now aware of their deliberate diesel deceit. Volkswagen Passenger Cars have killed the diesel dream for a third time, and this time the fuel is all but buried (and not drilled for). It is truly a shame, both what VW AG did, and the loss of a fuel. Hopefully, biodiesel still has a chance to shine. Hemp made biodiesel still has a lot of promise, especially if made into a biodiesel electric Powertrain.