Volkswagen Stays Up As It Tries to Shed Scandal 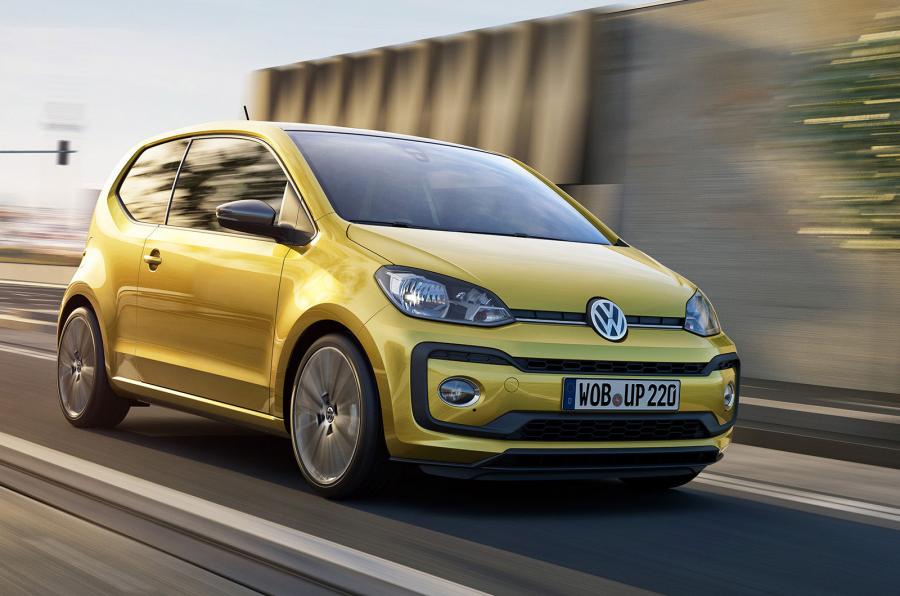 In hopes of reviving its flagging brand, Volkswagen will unveil two new models on Tuesday at the Geneva International Motor Show 2016. The first model to be showcased is an all-new Volkswagen Up (pictured). An updated version of the Volkswagen Up city car will be available in three equipment lines, new exterior colors, body panels, seat fabrics, entertainment systems and more. Besides the Volkswagen Up, Volkswagen is expected to debut is an entry-level SUV concept that will be fast tracked into production for a late 2016 release date. Despite the excitement surrounding the release of the Volkswagen Up and the as-yet unnamed SUV concept, VW will bring a huge elephant with it to the Geneva Motor Show—and that elephant will reek of nitrous oxide, the pollutant that VW diesel cars produced in abundant quantities. The question Volkswagen is in the process of answering is this: can it revamp itself for 2016 in the face of an emissions scandal that shows no sign of dissipating? According to Reuters, Volkswagen sees its corporate salvation in emulating its “older brother” in the German automotive market, BMW. As such, VW will place a premium on streamlined leadership and shorter production timelines in hopes that it will help steer the company away from the disastrous processes that led it into its current mess. Volkswagen began taking pages from the BMW playbook last July—or before the diesel emissions scandal became public—when it hired Herbert Diess from its German competitor. As BMW’s head of development, Diess earned a reputation as a ruthless cost cutter who was given full autonomy by management. All indications are that Diess commandeered the production of the Volkswagen Up, thereby indicating that VW management is counting on its success to support the rest of the lineup. In the past, Volkswagen has been criticized for an autocratic leadership style that rendered it unable to make decisions as nimbly as its auto-making peers. With that said, the hiring of Diess demonstrates that changes in Volkswagen’s corporate culture were already underway before the scandal at Volkswagen became a thing Auto Publishers started blogging about. Although Volkswagen’s current leadership would clearly love to turn the page on its months-long emissions scandal, the Ghosts of Employees Past continue to haunt the beleaguered automaker. A recent report from a German magazine suggested that ex-CEO Martin Winterkorn may have been involved in a cover-up regarding what Winterkorn and VW management knew about its diesel models and when they knew it. Over the weekend, the same German periodical, Bild am Sonntag, claimed that Winterkorn was aware of the emissions scandal before the public found out. As reported by Bild am Sonntag, Winterkorn was informed two weeks prior that Volkswagen notified CARB about the installation of defeat devices in its diesel vehicles. This account contradicts the testimony Volkswagen America CEO Michael Horn delivered to Congress in early October, in which he said that he first became aware of the defeat device issue “a few days before” meeting with regulators in early September. These what/when issues are especially relevant to the plaintiffs suing Volkswagen on racketeering charges. While consumers pursue their legal options here in the States, German watchdog agencies are investigating the company’s dealings in order to determine whether criminal charges should be launched against VW leadership. In the meantime, Auto Publishers will continue to keep you apprised of the positive developments surrounding the Volkswagen Up and other VW models while continuing to report on the ever-widening scandal at Volkswagen.