Cadillac is as Adept as Always 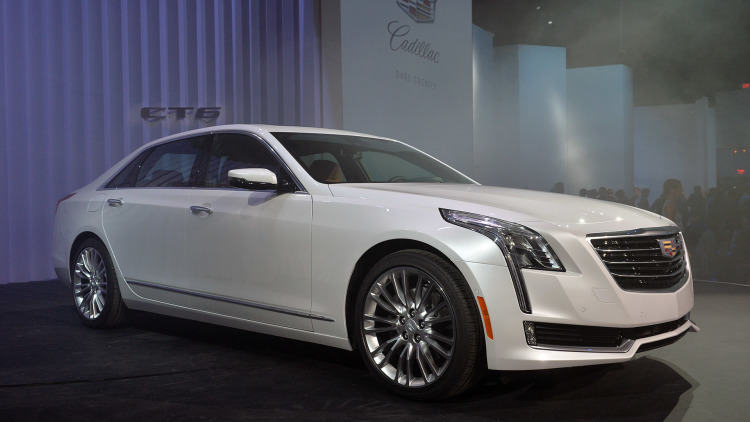 It is no secret that Cadillac has not been thriving as of late. It is unfortunate, because General Motors (new GM) really turned their tides after the financial collapse. Chevrolet has received repeated praise for their post bankruptcy craftsmanship; and their sales have been proportional to the plaudits. What has not been as thoroughly promulgated, is that Cadillac is and has been building a whole fleet of capable cars. The SRX and the Escalade sell exceedingly well, and not only because they are built in popular body styles. Cadillac’s SUV and Crossover are more than competitive in their market; in fact, the Escalade leads its segment in sales. Unfortunately, that still is not proportional to the company’s overall capability. While it is no doubt an honor to be a market leader, the uber competitive automotive industry has made that mono-accolade insufficient. There are many companies that are technically the best in many single aspects, but but without the sales numbers; those skills are inconsequential. Prosperous automakers have multiple irons in the fire; though they do not always use the iron in the car. What’s worse, commendations in this market are reserved only for the best (and sometimes the first). The Average person only knows about the best or the highest volume (as in sales) specimen; if even that. For that reason, the Cadillac Escalade; considered to be the fastest moving full sized Luxury SUV (though not literally), but not much else in the lineup gets even a second glance. This is unfortunate, because Cadillac quality is as admirable as it has ever been. The CTS for example has been phenomenal for years now. Ludicrously, light and nimble while offering as solid a product as anything their Germans competitors produce. In terms of critical praise, only the A6 surpassed it as mid-sized luxury sedan. There should be no shame in being topped by an Audi. Surpassing one would require not one person’s superhuman level of attention to detail, but an entire team of it. Yet, the Cadillac CTS-V accomplished that exact feat, by providing a superior product to the Audi S6 (aesthetics omitted). Sadly neither surpass the M5 in sales, which is indicative of how fickle (and/or brand biased) the consumers within the market can be. The CT6, is Cadillac’s interim flagship, and and the company has a lot of aspiration stashed in its trunk. This model is intended to be the one that removes the pall (that’s a hearse joke by the way) from atop the brand and their ambitions. Similarly, General Motors put half their eggs in Cadillac’s luxury basket when the company had to make cuts in 2008. Thus far the gamble has not paid off, Cadillac has not been slinging its weight the way Chevrolet has. For that, Cadillac hopes the CT6 will be the answer. I suspect, the issue is, a dated aesthetic profile. Long gone are the days of unique and ever-changing designs (though not distinct craftsmanship); instead, Cadillac has had an unaltering angular appearance since the 1980s. Sadly, the CT6 is not immune. It looks unique in the market, because most cars a tending towards teardrop aerodynamics. However, given the fact that Caddies across the fleet have been mundane rectangular re-occurances for 35 years now; it’s lost peculiarity. It is OK for the Escalade, because a rectangle holds the most cargo, therefore all of its competitors fall in line, but Sedans are a different story. The segment has more variety and nuance. Thus, visual appeal often holds more stock than any other factor, which if true hinders Cadillac to no end. And the CT6 as impressive as it is, seems to be overlooking that issue.