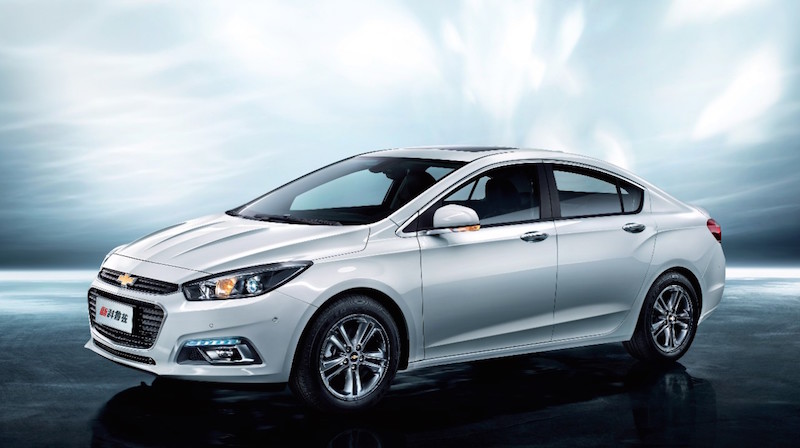 Smartphones have many practical uses for drivers, from helping to orient them around unfamiliar terrain to easing the stress of their commutes. With their all-new smartphone compatibility initiative, Chevrolet’s aim is to create “the smartest, simplest connected driving experience possible” for Apple and Android phone users alike. With that in mind, Android Auto and Apple CarPlay users will have an in-car connectivity option with select 2016 Chevrolet vehicles. One of the first Chevy models to feature Android and Apple connectivity will be the 2016 Chevrolet Cruz compact passenger car, which is set to debut on June 24. Other vehicles in the 2016 Chevy lineup to offer Apple CarPlay connectivity will be the Tahoe, Suburban and Volt, all of which will enter production in July, with subsequent models available in the intervening months. Of course, driving while using a smartphone isn’t the wisest of ideas, given the number of accidents caused by distracted driving. Still, all the negative statistics in the world won’t completely prevent the practice, and in truth there are numerous occasions in which having a smartphone on the road comes in handy. With those concerns in mind, Chevrolet sought to create a smartphone connectivity experience that would be less intrusive by allowing drivers to utilize Android Auto and Apple CarPlay features using voice activation and touch-screen technology. What’s more, Chevy customers can have it both ways as models like the Cruze will come equipped with rival smartphone connectivity systems in Google’s Android Auto and Apple’s CarPlay, thus allowing them a multitude of connectivity options. Android Auto allows users to utilize Android apps on their smartphones as well as driver-optimized controls. Designers focused on the specific features that would be of most use to drivers, such as Google Maps, using a touch-screen interface. In addition, Android users can schedule appointments while driving that will be registered by the smartphone once it is disconnected from the Android Auto system. Apple CarPlay enables iPhone owners to access data via the vehicle’s built-in display. CarPlay features include getting directions, making calls, sending and receiving messages and listening to music. It also features hands-free, Siri voice control that can be activated by pressing a button on the steering wheel. Both Android Auto and Apple CarPlay will be available with 2016 Chevy models that include the 7” MyLink infotainment screen. For models with an 8’’ MyLink screen, only CarPlay will be offered but later 2016 models may also include Android Auto compatibility. General Motors Company CEO Mary Barra sums up the implications of Chevrolet’s in-car connectivity initiative. “For most of us, our smartphones are essential,” said Barra. “Partnering with Apple and Google to offer CarPlay and Android Auto compatibility across the widest range of models in the industry is a great example of how Chevrolet continues to democratize technology that’s important to our customers.” For more on the Android Auto, you can read Android Auto: Patenting the Future on our Auto Publishers blog. If you’re intrigued about Chevrolet’s all-new Android Auto and Apple CarPlay features, then visit the Auto Publishers website to find dealerships in your area offering new Chevrolet vehicles, as well as used models, at unbeatable prices!