Daimler May Team with Apple, Google on Self-Driving Vehicles 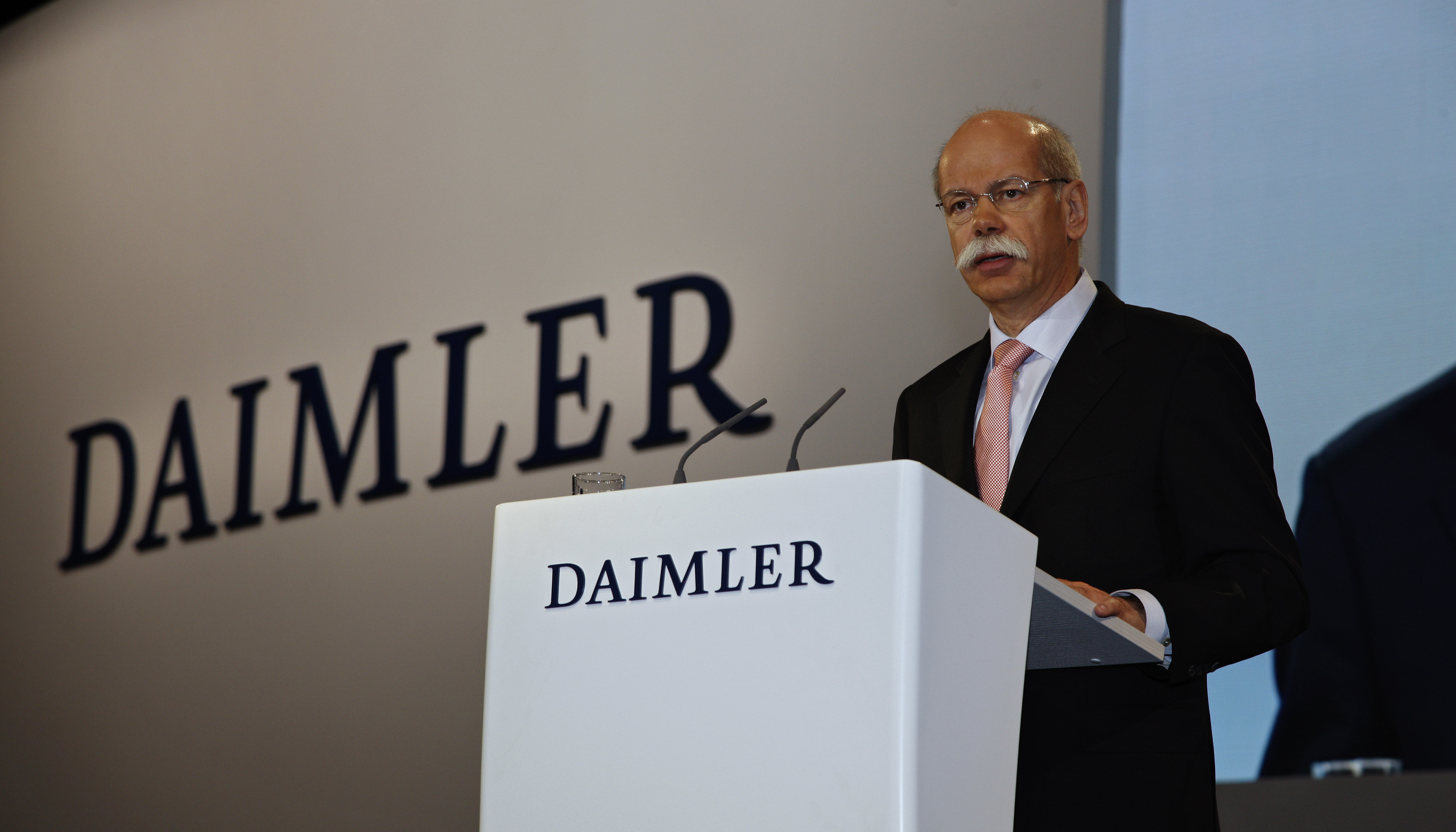 Could Daimler AG, the parent company of Mercedes-Benz, collaborate someday with Apple and Google to create self-driving vehicles? “Many things are conceivable,” said Daimler CEO Dieter Zetsche (see above photo) in an interview with Deutsche Unternehmerboerse. Granted, that is pretty noncommittal as far as answers go. Equally ambiguous is Zetsche’s remark, as reported by Reuters, that the company is open to “different types” of cooperation with Apple and Google. Clearly, Zetsche is intrigued by the potential for self-driving vehicle technology that the two tech giants offer. “Google and Apple want to provide system software for cars and bring this entire ecosystem around Apple and Google into the vehicle,” he said. “That can be interesting for both sides.” To be clear, Zetsche says that Daimler isn’t interested in playing a subservient role in which the German auto company is reduced to a mere auto parts supplier to his American partners. Instead, in the collaborative environment he’s contemplating, the three companies would use their shared expertise to manufacture self-driving vehicles. Of course, Mercedes-Benz already has a working relationship with Apple, who recently introduced a free app for the Apple Watch. In addition, Mercedes-Benz is among the automakers that offer Apple CarPlay, which allows drivers to access their iPhones while on the road. Google also offers a similar app for its Android Auto service. As Zetsche admits, his remarks about a more extensive collaboration between either Apple or Google are “purely theoretical.” What does look more likely is the prospect of self-driving vehicles from either, or even both, of the two iconic U.S. companies. Google is already road testing self-driving vehicles in Austin, TX for its Self-Driving Car Project, while Apple appears to be making headway on its long-rumored self-driving vehicle known as Project Titan. For more on the burgeoning field of self-driving vehicles, stay tuned to Auto Publishers—the decisive leader in automotive listings!