Electric Highways: First in the U.K., Next the U.S.A.? 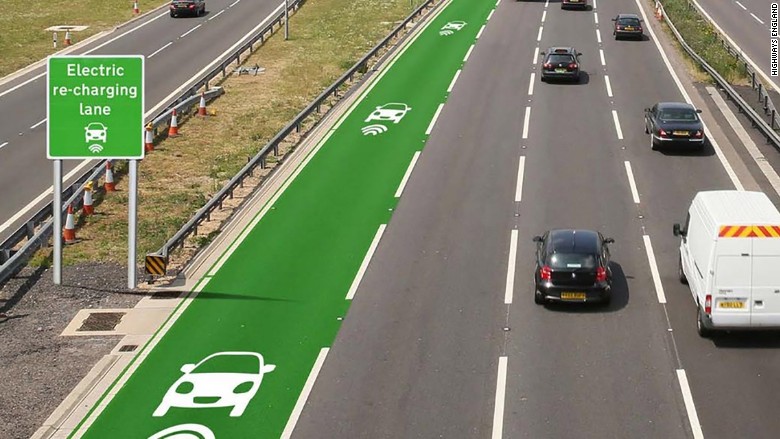 If we told you that you could get on a highway that charges your electric vehicle as you drive, you’d probably call us crazy. Just don’t tell that to the folks over at Highways England, who are currently at work to make this seemingly implausible scenario of “electric highways” a potential reality. A government-owned company that manages road network operations, Highway England conducted a feasibility study into “dynamic wireless power transfer” technologies. Presumably that study went well, because the agency is now prepared to conduct off-road trials to determine whether an ultra-low emission vehicle can travel for extended periods without an electric battery recharge. Incidentally, these electric highways trials would be the first of their kind and are expected to last for about 18 months. Should the trials prove successful, Highways England would presumably progress to the next step of testing the safety and effectiveness of its technology on England’s major highways. Under the proposed system, cables embedded underneath the roads would generate electromagnetic fields that would power the electric vehicles, thereby making them electric highways. The vehicles themselves would be outfitted with wireless technology that would be compatible with the underground cables. Highway England Chief Highways Engineer Mike Wilson touts the advantages of the Highways England proposal. “The off road trials of wireless power technology will help to create a more sustainable road network for England and open up new opportunities for businesses that transport goods across the country,” said Wilson. According to U.K. Transport Minister Andrew Jones, the British government has already committed £500 million (or the equivalent of over $784 million in U.S. dollars) to the electric highways project over the next five years with hopes that it will encourage growth in the low-emission vehicles sector. Naturally, the details of the electric highways plan still need to be ironed out, which isn’t expected to happen for quite a while given that Highway England’s road trials won’t begin until later this year. The British government has shown an admirable commitment to electric vehicle technology, having recently launched a trial project for emissions-free electric hybrid buses for public transportation purposes. If nothing else, such news will bring smiles to electric vehicle manufacturers like Tesla who would gladly welcome an EV infrastructure that would support their product. With any luck, however, electric highways technology will be perfected in England before it makes its way stateside in the near future. Image Source: Car Pro