Ford Focus: More Than a Face 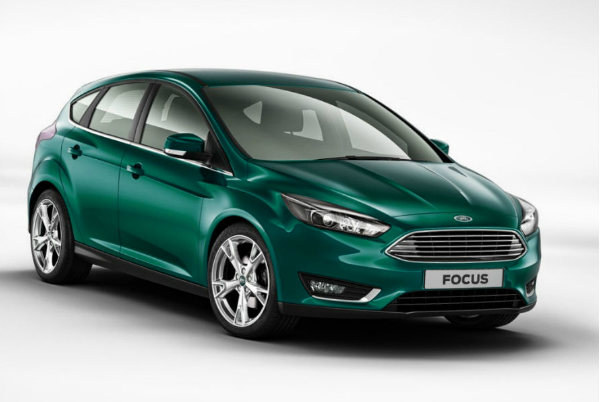 For years the Ford Focus has been one of the best selling compact cars in this country. Currently the only cars that are ranked better and/or sell more in the compact car category are the Mazda 3, Volkswagen Golf and Jetta in descending order. The Ford Focus, however has more adaptability than most of its rivals, behind a pretty face, it has a sport version, a gas-efficient EcoBoost version and an all electric version, with a performance version in the chamber. The technically british car has a stylish exterior, inspired by its big brother, the Modeo. American drivers know the Mondeo as the Fusion, but I suspect globally, it is better known as the Mondeo. The Mondeo was the best selling car in the UK, for a while, and the world’s most popular car show; Top Gear; not only frequently references it, but it also named the Mondeo car of the year at one point. The reason I say that the Fusion is technically British is because, despite Ford being an American Company, the cars are made in Britain, hence the Aston inspired exterior. The plain Jane baseline Focus is a great car in its own right. A solid 160 Horsepower engine in a handsome little car with a big boot to boot. However, the variations are just as commendable. The ST is world renowned as a proper budget sports car. It is surprising how many bigger budget sports cars it beats out. Only its little brother; the Fiesta ST; which is about 3,000 less, and the Volkswagen GTI beat it according to Car and Driver. Now I haven’t driven the Fiesta ST, but the GTI is a tough act to follow. The 2014 Ford Focus ST I drove recently was fantastic, but mechanically the GTI was better. The GTI felt more at ease, a regular car, with comfortable amenities, that happened to drive fast. Whereas the ST seemed like a tweaker, it was twitchy and rough on the road. The ST did this weird thing where when you let go of the wheel, it almost jerked back into to straight; it only seemed comfortable with a hand on the wheel going fast. That said, gun to my head, I would have the ST, despite the twitchiness and terrible infotainment system. Reason being, Volkswagen AG has this their own phone plug that you have to buy, if you want to connect your phone to the car. I get it, that way they don’t have to pay licensing fees to whoever patented an in car AUX or USB plugs, but I still don’t like it. I just want to use the Auxiliary cable I already have to listen to my music in the car, that is all the infotainment I need. As mentioned before, the Focus like the Golf has quite a bit of variation. However, you want to propel the vehicle, they have an answer for it. If you equate the Golf’s TDI with Ford’s EcoBoost, they have just as many variations. The most interesting of which in the modern world is the new all electric version. Apparently, it is quite good (though I would probably go for the Fusion Energi I drove before any of the others), only the e-Golf and the EV Spark are ranked higher. The e-Golf is supposed to be just like the regular Golf except a little heavier. Since it seems like they have succeeded, I can agree that car would be a fantastic car, assuming it can last the full 70-90 miles it claims. The Spark EV, however, despite the unfortunate styling, must be a dream to drive. The Volt was fantastic to drive with just under 300 foot pounds of torque. The Spark has a whopping 400… theoretically. It takes 8 seconds to get to 60, in a car that small that number seems a bit far-fetched with a 400 feet pound rating. Car and Driver did a detailed test of all the all electrics; despite the face and the fact that the Ford Focus did 3 more miles than the Spark I agree, I will take the Spark over the competition any day. If nothing else, on the fun to drive factor alone. I am sure, with the money I save (or the money GM loses (the spark is so cheap GM likely loses money on them)), or the $7500 tax credit, I can find an aspiring coach builder to fix the unfortunate frame around the mechanical marvel. The RS has it’s own review coming soon enough, but what is new for the Focus is a new batch of recalls, together with the C-Max and Escape, almost 500,000 of the latest models need to be fixed. The problem stems from a faulty body control module. This can cause the cars not to turn off properly (or ever). On face value, it seems like no more than a quick fix for the Ford Focus and the other models, no risk to public safety or need for alarm.