Stay on Track with the Ford Shelby Shift Light Display 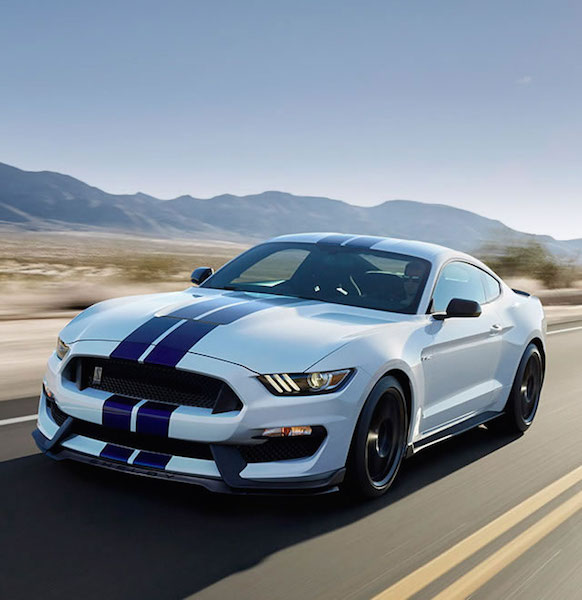 Anticipation for the Ford Shelby GT350 and GT350R Mustang has been at a fever pitch for months, despite Ford’s recent announcement of limited production runs for the two high-grade pony cars. But before the Ford Shelby brand makes its triumphant return to dealership floors this fall, the Ford Motor Company teased fans with details about its newest innovation: a customizable shift light indicator. Thanks to a shift light indicator that Ford calls the Performance Shift Light Indicator, drivers can now keep their eyes focused on the road as their Ford Shelby racers shift into higher speeds. Rather than viewing a tachometer below the dashboard, drivers will now see a row of amber warning lights, or LEDs, flash on the Ford Shelby’s heads-up display (HUD). In addition, the HUD allows drivers to program shift points and adjust light intensity according to three different modes: Tach, Track and Drag. In Tach mode, the shift light LEDs on the HUD flash sequentially from left to right as the engine rev builds. By contrast, in Track mode the shift light LEDs flash at both ends of the HUD until meeting in the middle to indicate that the shift point has been reached. Finally, Drag mode allows drivers to set their own shift points, much like they would in Track mode. The difference is that the shift light LEDs flash repeatedly when the engine reaches its rpm threshold in order to minimize confusion during quick drag runs. Mike Makled, Electrical Engineer for the Shelby Program., designed the shift light indicator display that come standard with the Ford Shelby GT350 and GT350R Mustang. According to Makled, he was inspired to create the shift light indicator display after reflecting on the red LED HUD display in his vehicle. “I thought, ‘Wait a minute, why don’t we use that technology for our shift light on the GT350?’” said Makled. “With a few tweaks, it could have a big effect on high-performance driving.” And in that moment, inspiration became innovation. To see Makled’s shift light indicator in action, watch the video below: