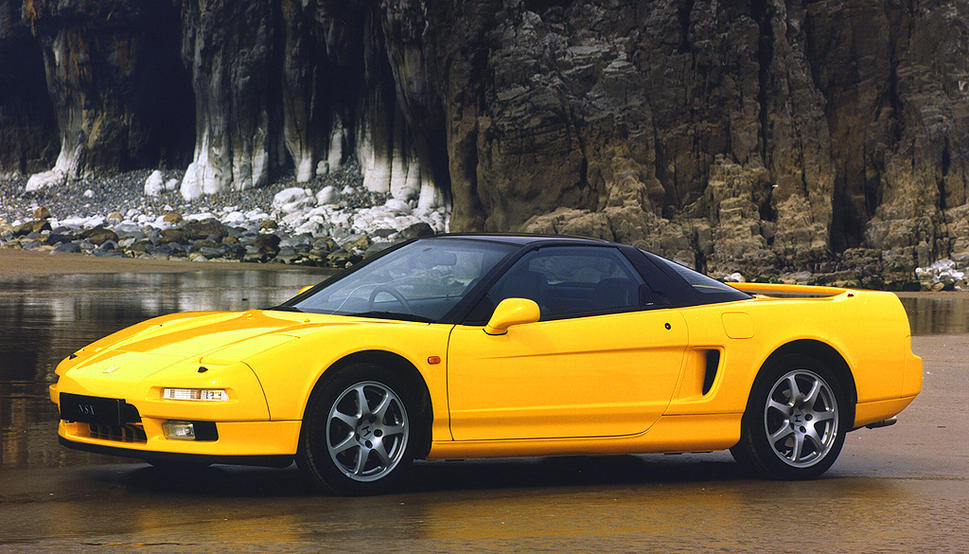 The original Honda NSX was supposed to be a Jade of all trades, while simultaneously being a Jack of all tracks. That said, the NSX was rather bi-polar, occupying two extremes of the same sports car category. The first generation; when released; was revolutionary, because it had a uniquely universal allure. It was the first sports car to appeal to the masses, while concurrently pleasing niche die-hard drivers. Furthermore, not only did Honda accomplish the aforementioned feat before anyone else, it could also be argued that they did it better than anyone else. It is masterful the way Honda both sold and marketed their automotive factotum. They took a calculated risk with price points that ultimately paid off handsomely. The Honda NSX was on the upper end of the sports car spectrum in the 1990s, sitting just below bargain supercars. That said, being able to afford it was only half the battle, driving it can be another struggle entirely. The standard base model was designed to deliberate deterred a diverse array of demographics (not including price dissuading the impoverished). Some might have thought otherwise, because of the number of bests, mosts, firsts and amenities the NSX touted. Honda’s revolutionary sports car was the first car to be made of mostly Aluminum, the first production car to be equipped with paddle(ish) shifters (instead of paddles it came with a lever starting in 1996), it had one of the best stopping distances for production cars of its era and its Traction Control System (TCS) was the most novice friendly given its efficacy in race-like driving conditions. Despite its video game fame, neophytes need not apply… or more aptly, disapply the traction control. However, this was only true of the manual, which was designed with automotive zealots in mind. While the NSX sporting the automatic transmission could be driven by even the most abecedarian drivers, the base model with a manual transmission did not even come with power steering. The reason the manual did not come with power steering, is because Honda was obsessed with making the NSX feel like a feel like a race car. They most definitely accomplished the aforementioned goal. For those who wanted the look and adrenaline of a race car, but not the terror that comes with it; the automatic was basically a rear wheel drive mid-engined Civic. Albeit, with a healthy dose of ferocious power, and an even heftier price tag than the already expensive base. The NSX was comfortable, featured all the latest automotive technology, was extremely spacious and had unrivaled visibility. Relative to other sports cars, it was in a luxury league of its own. Not technically Germanic Luxury, because the base is very much a purpose built two seater sports car, but remarkably close nonetheless. I would say that the Honda NSX inspired an all new class of car, which could/should be true, but no sports car has ever filled its truly universal tires (as opposed to shoes (the NSX’s literal tires were tailor-made so they are actually entirely unique)).