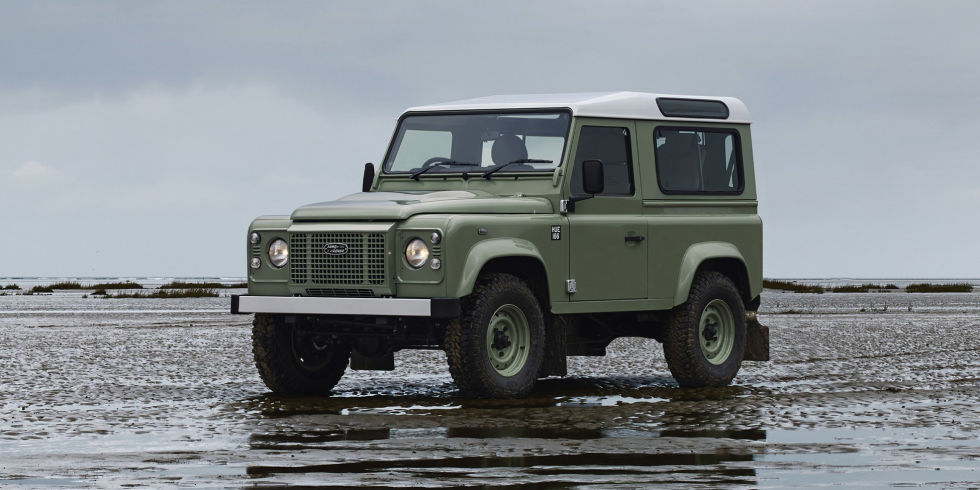 The British made Defender, has been essentially unchanged since 1983, though before then it was denoted by its wheelbase (as in: Land Rover 110). In 1990 they were to introduce a new wheelbase Discovery, and feared it would be the source of confusion, so Land Rover added the Defender designation to divert the discovery of anarchy (under the mud is a dirty Discovery). Other than the addition of mononym, the icon has stayed rather loyal to the legend for over three decades… at least ostensibly. In truth, there have been quite a vast array of changes, but no where near even subpar. While all the other vehicles around it matured and adapted to a changing climate (that is a double entendre, by the way) by becoming something else entirely; the Land Rover defended its position only by doing what it was legally obliged to. That was, until January 29th, 2016; when the last ever Defender rolled off the production line. It was a grandiose affair at Land Rover’s Solihull factory; 700 current and ex-employees gathered to see the first and last Defender ever made strut their goods around the production floor one last time. The nostalgia ran so deep into the event, that even the legal registration numbers on both models are a reference to one another. The tongue in cheek sobriquet “Huey,” was affixed to the very first Land Rover because of its number plate reading HUE 166, but it grew to incorporate all of the Defenders within the spectrum of existence. Thus, it was fittingly meta that the last Defender have a similar plate, H166 HUE to be exact. The only subtle change in registration number also serves as an appropriate allegory for the vehicle itself; which, as mentioned before; has seen only minimal ameliorations itself. If there be any doubt in the accuracy of that statement, it would be quickly quelled by seeing the 32 year old interior in all of its glory. Upon seeing it, one would accurately assess that the only changes made, have been to the radio. Beyond the luxury of a CD player, the pure plastic interior is as drab as it gets. Yet still, the Defender has always been opulent enough for even the Queen herself, who is frequently seen riding in or even driving one. It is that humility that has made the Land Rover Defender so alluring. It has never purported to be anything other than a work horse; its demographic being anyone and everyone. Each Defender was made by hand, over the course of 56 grueling hours. Yet all of those involved loved their work and their product. 12 of those present at the aforereferenced wake, signed on to the Land Rover’s Heritage Restoration Programme to refurbish Defender donates by various sources. Of those 12, 10 were on the final production line. One of them; Tony Martin; will actually be renovating vehicles that his father and grandfather made. Many others were retiring along with the final Defender. This was the level of devotion that this mechanic marvel inspired. No other vehicle is as ubiquitously loved and used by rich and poor alike. The Land Rover Defender is the last of a breed; in it dies minimalist pride; mammon rules now.