The Amazing Auto Jaguar Almost Made 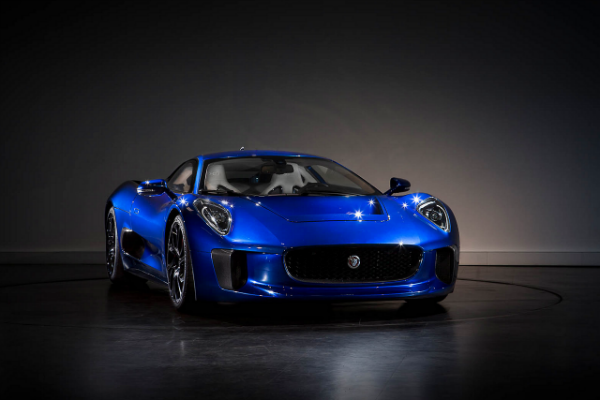 2010 was Jaguar’s 75th anniversary. To celebrate that fact, the cat car company made a one-off hyper car that was designed to demonstrate their technological and mechanical prowess. The result was figuratively (and potentially literally) breath taking. Jaguar made a Hybrid with a amazing statistics, the car was so popular at the 2010 Paris Auto Show, it almost reached the production line. When it debuted in Paris, the concept had not one, but two micro gas turbines. And twice as many electric motors, one for every wheel. The gas turbines were primarily used to charge the cutting edge Lithium-Ion battery, so the range-anxiety would not start until after 500 miles. The jets could also be used in tandem with the four electric motors. All six engines together produced a jumbo-jet-like 787 horsepower. The Jaguar C-X75 was almost made into a production model; most likely due to the buzz generated by the amazing Porsche 918 Spyder at the 2010 Paris Auto Show. In fact, it was shortly after that, that Porsche officially announced that the hybrid would be going into a limited production of 918 hypercars alongside (or at least in the same building as) the C-X75. 8 months later, Jaguar announced that the C-X75 would be available as a 2014 model. It would start production in late 2013 and stop in late 2015 after making 250 copies of the then concept. However, they said that production model would not be featuring the microturbines, as they would push production back too far to be competitive with other 3 hybrid hyper cars. But Jag said that they are still committed to the Microturbine technology, and that they would be making a series of cars featuring them eventually. TATA Motors actually bought Bladon Jets (the company that made the micro gas-turbines), so there’s a good chance Jaguar is not bluffing. A little over a year of R&D (research and development) later, the mountain lion motor company released more information about their findings. The biggest change was in the powertrain. Instead of twin jet engines, a turbo-supercharged 1.6 liter four cylinder engine designed in part by Williams Formula 1 team would be responsible for the black marks on the pavement. The supercharger boosted efficiency in the lower rev spectrum, before the turbocharger kicked in for the mid-range and beyond. The F1 based engine was designed for high revs, but also to be docile and emissions-compliant in the lower end of the spectrum. Amazingly after producing 5 working models JLR (Jaguar Land Rover) pulled the plug on production. They sited price and slow sales of their rival the 918 as the final nails in the coffin. However, I think that they might have exaggerated ‘slow sales.’ It took until December of last year to move all 918 models, or in other words 3 years. That might sound like a long time, but with a $845,000 price tag, that is not bad. Just over 250 million a year from sales of just one car. But that’s only a third of the story. The McLaren P1 sold all 375 in a few months, and the Ferrari sold all 500 of the Enzo replacements with the ridiculous name (LaFerrari) immediately. Car and Driver actually got a chance to drive one of the few made. Because of them I know that 1.6 liter engine put out over 500 horsepower and that it nearly reached its 0-60 target, among all the other goals. Now I am excited for an amazing 1.6 liter powerhouse, but am supremely jealous at the same time, I don’t know how to feel. Empathetic souls can rejoice, in that a select few will be able to enjoy the wondrous car made by the Indian owned British automaker. Jaguar is selling half of the 5 amazing autos that almost made it to the streets. 2-3 C-X75s will be making it to private homes… good for those lucky rich guys. The rest will never see daylight.