The Rezvani Beast Is Real 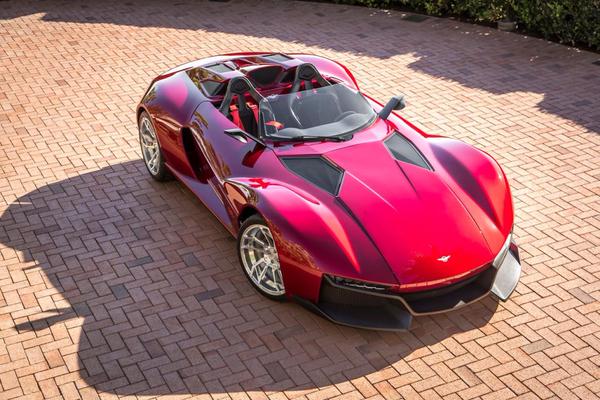 When Ferris Rezvani announced that he was going to be making yet another supercar he was met with quite a bit of skepticism. Why would anyone believe that he was to actually make a product, when his first two attempts were vapor. Both the Bulleta RF-22 and the Volarra GT never materialized under his helm (though a Dutch version of the latter will soon be available by the name Vencer Sarthe). However, against all odds, the man in question; Fardis Rezvani; has successfully made a real working class Beast, and it is beastly. Similar to his previous intentions, the Beast starts its life as another vehicle. It is a simple process really. Step one: find a solid car, then gather a group of automotive professionals, edit and tweak it until it ends up an entirely (or at least partially) different car. In this case, a Rezvani signature vehicle. It seems that Fardees has continually improved the base underpinnings of his purported supercar. The Volarra GT started its life as a $23,700 DDR kit car. While the Bulleta RF22 was (allegedly) inspired by the amazing F-22 Raptor, but it was far more literally influenced by the Lotus Evora, as is it was merely a modified version of it. No offense to the amazing Evora, the Beast has a superior skeletal structure. Skeletal being an intrinsically apt description of the “car” in question. The notoriously minimalist Ariel Atom has more in common with a go-kart than a production car. Which is ideal for the Rezvani Motor’s purposes, as it gives them optimal opportunity to tart it up and really make the Beast their own (if not immensely unique). The Ariel Atom is relentlessly taut and nimble on the track (the V8 version was the Top time on the Top Gear track for quite a while), the Beast is not any different. In fact, like its aesexual mother  it is barely street legal. It cannot even be classified as a convertible, as that implies that a roof is an option. It is more like a traditional spyder, in the sense that it has even less weather protection than a roadster; which was originally described as having minimal weather protection. From looking at it most would not expect the Rezvani Beast to have any connection with the Ariel Atom. The epidermis is made from a fair amount of carbon fiber. The end result is quite a colossal car compared to the microscopic Atom that makes even the Mazda Miata look obese. In fact, even the Beast; which weighs 300 pounds more than the heaviest Ariel; gives the Miata bulimic thoughts. Though the Miata can feel comfortable knowing it less than a sixth the price of a Beast while being 16 times more pragmatic. The Beast is an impractically expensive toy. At $165,000, it costs $100 per pound, but if one can afford it, buy it. There is not much that could be more fun (or faster) for the price. Rezvani takes a 4 cylinder 2.4 litre (I assume is the same i-VTEC that powers the Ariel Atom) and then adds a turbocharger… and a Rotrex supercharger. The final result is a 500 HP Spyder, that can reach 60 mph in 2.7 seconds, and which will continue all the way up to 165. It is not the only car that can accomplish these feats, but those that do also do far more damage to one’s checking account, and come with electronic police guiding you along. In the Beast you have complete control; your life begins and ends with the F1 style steering wheel. Surprisingly, there is one bit of cutting edge electronics in the car; Apple CarPlay. Maybe that is why Chris Brown insisted he get his hands on the first real and functional Rezvani Beast for his music video.