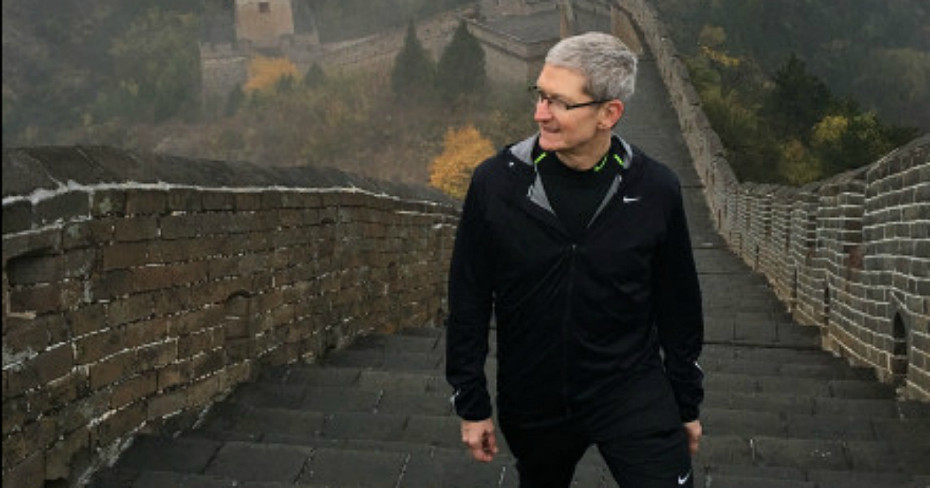 Recently, Apple Inc. invested $1 Billion into an Uber competitor in China; Didi Chuxing. On the surface that is a rather uninteresting story. However, there are a number of details, that give the story more color, and allow onlookers to cast conjectures as to what Apple’s intentions are. The key detail that opens the story up to speculations is that fact that Didi Chuxing by no means needs $1 billion from Apple… like at all. They are already worth $25 Billion before Tim Cook and his relative tip came along. When I say Uber is competing with Didi Chuxing I mean that by only the strictest literal definition of the word ‘compete.’ What people often refer to as the “Chinese Uber” is trouncing Uber in China, and would have continued to do so with or without an extra billion from Apple. Granted, anywhere else in the world Uber is the company of reference when talking about ride sharing companies; in fact, in many parts of the world, Uber has already been verbified (i.e. one can Uber to the Airport). Uber international [is not a thing, but if it were:] is valued over triple what Didi Chuxing is, but that value is literally spread across the world. Whereas, Didi Chuxing (as of now) is showing no proclivity for expansion outside of China. Therefore, Didi Chuxing and their $25 Billion are poised to have much more impact on their country of origin, than Uber (only in China’s) $8 Billion. So, regardless of Apple and their donation, the two companies that merged together to make Didi Chuxing are (by their estimates) 99 percent of the Chinese taxi hailing market, and 87 percent when it comes to private cars. Thus, Apple’s Billion is a drop in Didi Chuxing’s proverbial bucket. Apple did not become the most valuable brand in the world via acts of charity; there has to be an upside on their part. It seems that there are many avenues ripe for consideration. Many assume (likely rightfully) that it has something to do with Apple’s poorly kept secret regarding entering the automotive industry. Project Titan is purported to be the codename for Apple’s automotive venture… whatever it is exactly. Didi Chuxing provides around 11 million rides in 400 different cities within China (compare to Uber’s 1 million in only 45 Chinese cities), that is a cornucopia of valuable data for the American tech giant with a 1000 person penchant for cars. If it is the data is what Apple is after, Didi Chuxing is a figurative treasure trove. At the bare minimum, 11 million rides a day yield 11 million miles of daily data over the course of years. I can see no other implied intention other than using it for autonomous applications. That sounds like a lot compared to Google’s less than 2 million autonomous miles. However, that does not mean it is going to catapult Apple into Google levels of preparedness for automotive autonomy. Given the nature of the data, Google’s autonomous data is many light minutes (or just under 11.2 million miles) ahead of Apple and everyone else involved in the race for autonomy. At this (perceived) pace, they will be way behind the 2018 projections that are all but standard in the industry; however it strongly insinuates intent, which is not nothing.