Land Rover Defender: Who is Huey? 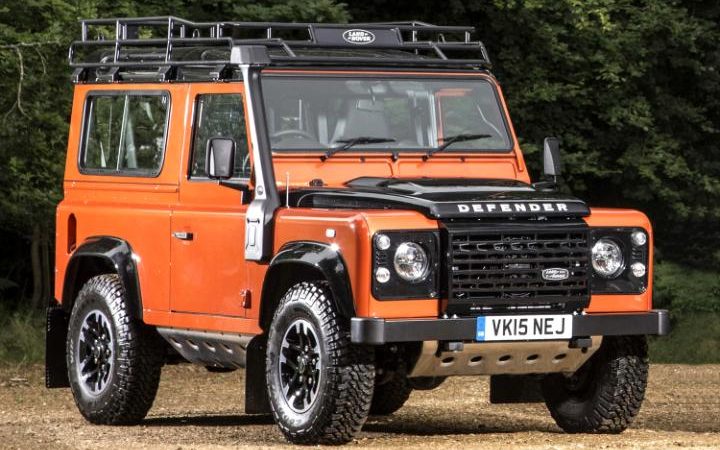 The Wilks brothers are responsible for the revival of Rover during the 1930s, the two also oversaw the expansion thereof to include Land Rover. The latter did not exist until 1947, when Maurice Wilks noted that the Willys MB he owned could be vastly improved upon. Thus, the head Engineer of Rover set about creating his own interpretation; the original Land Rover (Defender). At the time of inception, the brand was Rover, and the name of the car was Land; however, the polynym was never uttered as a mononym, until 1990 when the Defender distinction was added. By 1990, the Land Rover badge was affixed to the Discovery and the Range Rover (though technically, Range started as a new model moniker for the brand Rover). However, there was an exception to the polynym. If one was a member of Land Rover’s devoted pre-Defender enthusiasts inner circle (also known as LRsDpDEIC), they knew of the colloquial sobriquet Huey. Inspiration behind the Huey appellation, is a little less tongue in cheek than the Eugene nickname for the Jeep. Eugene the Jeep is Popeye’s pet (?) that was capable of assisting in almost anything; it is also rumored that the Popeye reference is where the Jeep moniker derived from. Whereas, Huey epithet derives from the Land Rover’s license plate; the original Defender was registered as HUE 166. It is impossible to discuss the original Land Rover, without mentioning its competitors. The Willys “Jeep” MB is considered the first of the breed, but it was actually the result of merging the 1st, 2nd and 3rd iterations into a single superior model. And, just as the Defender was an improvement on the coöperation corrected American design; the Toyota Land Cruiser (which was cheaper and more affordable) was an improvement on the British blueprint. The former assessment is not intended to insult American or British engineering, nor is it an accolade for Japanese craftsmanship. It is simply an inevitability of elapsed time. An engineer exposed to an existing product prior to production of a competitive product has an inherent edge on the original. He or she can omit past mistakes and enrich assets with a keener eye. In that sense, all three are a progressive process of improvement. In the end, all three learned from one another and internally ameliorated their automobiles. Barring minimal mechanical differences and aesthetics; the only real differentiation is prestige. If someone were to recover from a coma begun in 1983, and the first thing they saw was a Land Rover Defender and a Jeep Wrangler, they might think only a few months had passed. However, if they beheld a contemporary Toyota Land Cruiser, it would be utterly unrecognizable to them. It is for that reason that it never attained the same iconic status of its two competitors. Despite being a better buggy, Toyota forfeit the Land Cruiser’s timeless appeal, by adapting. While the Jeep Wrangler has seen a myriad of changes all over the vehicle (including minor visual ones), it is as recognizable as ever. This has carried its charm from generation to generation, despite an apparent drop in quality, and promulgated the most fervent fans in the United States. Jeep drivers have an unspoken bond that binds them no matter what their differences… unless it be class and/or money. American Jeep fans with fiscal flexibility often opt for the G-wagon, because of an increase in creature comfort. This is not a factor for the Land Rover Defender. Those countries, who have ever found themselves part of the British Empire (North America notwithstanding), have an affinity for Huey over Willys. The reason being a universal and unchanging allure. The Defender is piloted by all: from poor farmers to Queen Elizabeth II herself, and it has not changed since 1983.