The Honda NSX Is Already Outdated 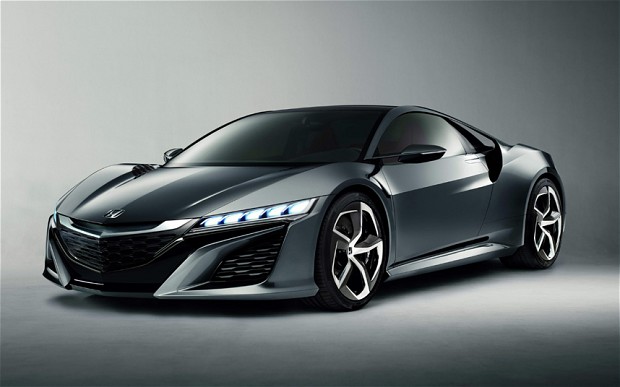 The Honda NSX has been a crowd favorite since genesis. Its intention was undeniably attractive; achieving said objective was inspiring. At the time, Acura’s first sports/super car was unique in that the mastered motoring motive was daily driveability. In the early 90s, supercars were notoriously unreliable. Now, the whole notion of a dependable supercar being a selling point is outdated, the engineering has already reached a point where all notable brand supercars will be reliable; that is not exclusive to the Honda NSX. The NSX was born in an era where even daily drivers had their bugs, so the idea of a high revving monster to commute in was laughable. Ferraris Lamborghinis owned the high performance market, and an occasional breakdown was not going to be enough to topple their empire. They were the only game in town on the lower spectrum of upper end market. You could argue Jaguar and McLaren were well known, but were only accessible to a handful of 8 digit plus check books. The supercar as a genre was still in its adolescence. Lamborghini is said to have started the Genre with their Miura, but there were only a handful of entries between its inception in 1966 and 1990. In the years between, just to have a car in that category was enough for it to sell. Supercars had exclusivity in their corner. Acura’s answer (the Honda NSX) was to prove the whole idea of ‘already meritable by existence’ outdated. Acura pushed the boundaries of how much a car can do on a track as well as on a daily basis. The results were spectacular. The NSX was described by Csaba Csere (ex-editor-in-chief of Car and Driver) as an “expert’s car.” This he said after he watching two crash during comparison tests. The most amazing aspect about the original NSX, was Honda’s staying true to their intention of creating the most immersive driving experience ever. This was accomplished by a relentless attention to detail, and creative engineering. It won’t be until the sometime in 2016 when the second generation hits dealerships that Honda will have ever sold an NSX with power steering. This time around, the car will have all the amenities one would expect of a modern Honda... plus 573 horsepower. The Power is divvied up between between four motors. Two on each front wheel an electric above the rear axle and a unique 3.5 liter twin turbo wide angle V6. The two tire mounted electric motors allow for front wheel tire vectoring. The encroaching NSX has economics, ergonomics, reliability, and raceability in common with its predecessor. However it also has more versatility, fuel economy, technology on its side. It should be revolutionary for the supercar market. The only problem with the NSX, is that Honda has already rendered it outdated. Surprisingly it is an edited CR-Z that dethroned its upper crust brother. A electric CR-Z was built to compete on the famous Pike’s Peak hill climb. This all electric car has a fraction of the power boasted by the NSX. Instead, it has four small motors for each wheel paired with all wheel drive torque vectoring. The grip is supposed to be otherworldly. It was best in its class, and only beat by ten cars with scores of horses for each one of the CR-Z’s.