The Original not Supercar 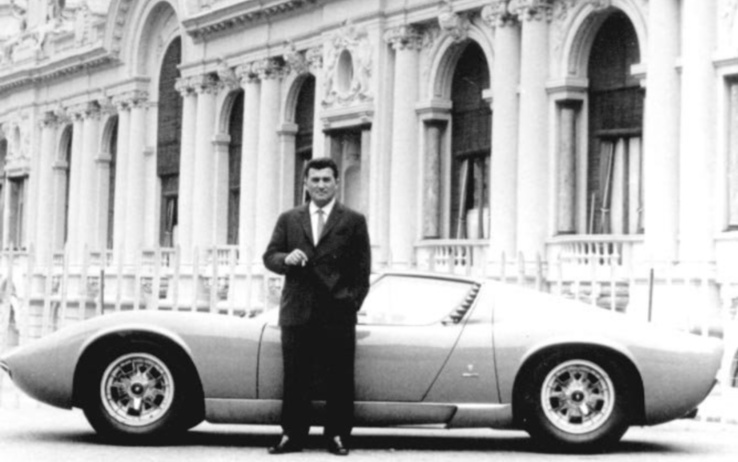 For the first supercar Sunday, I will start with the first ever ‘supercar,’ the Lamborghini Miura. With that in mind, I respectfully reject the title of ‘supercar’ thrust upon the Miura. This is not because the car is not spectacular, but because the super- prefix has an unintended consequence of implying a debilitating weakness. The Lamborghini Miura is more Clark Kent than Superman. Before continuing with the so called ‘supercar’ I will explain the ostensibly idiotic theory I previously alluded to. The prefix super- implies that whatever noun or name that follows is infallible, but perfection is literally impossible in everything except narrative, the Lamborghini Miura was not impeccable. Even in fiction, flaws are necessary to create conflict. Conflict is an essential element in every story, without it, there is no appeal or purpose. So, when the aforementioned prefix is added, it usually implies that there is a monumental check to balance the super-. Take Superman, if you get kryptonite anywhere near that guy, and he is out for the count. The Lamborghini Miura had no kryptonite… unless you consider the price tag and rarity associated with obtaining one to be anti-inclusive, which I can accept as a rather crippling check. Barring that, it is pretty spectacular. However, it is not without faults, but they make the Miura all the more endearing. The being that faults are humanizing, everyone and everything can relate to not being perfect. Claiming to be infallible, is isolating, because it is incredible, in the technical definition of not plausible. Though, it is common practice to use incredible as barely believable. The Lamborghini Miura was, just inside the spectrum of feasibility. It was not even made for the purpose of production, instead it was a product of fun and imagination, on the fringe of non-existent. The Miura was designed outside of work-hours. The man who designed it was 22 years old he and a consortium of 6 other men, gathered after-hours to create their collective dream car. When Ferruccio Lamborghini saw the consummation of their inspired effort, he decided to make the concept into a car. When the prototype Miura was finished, Ferruccio famously drove it to Monte Carlo (a place where opulent cars are ordinary). The reaction to his automotive masterpiece was so ubiquitously enthusiastic, that he decided to take an emolument on top of the accolades. Since then, the Lamborghini Miura has become legend, but it is not a ‘supercar.’ In the automotive industry, super- implies impractical. Cars that fall under that category usually have some fatal flaw. Either they are: unreliable, uncomfortable, untameable or they are too appealing for their own well being, and are then susceptible odious drivers. Instead, the Lamborghini Miura is incredibly well balanced, because Ferruccio was famously and ferociously practical. The reason he and Enzo Ferrari had a tiff, was because he claimed that Ferraris were inapplicable for daily use. So when Lamborghini designed the Miura, he ensured that his car would be more like Clark Kent. Without the use of unconventional super powers, he is consistently the best at his job. If one bought a Miura new, and drove it everyday, assuming they did proper maintenance, it would probably still be the best reporter on the planet, daily.